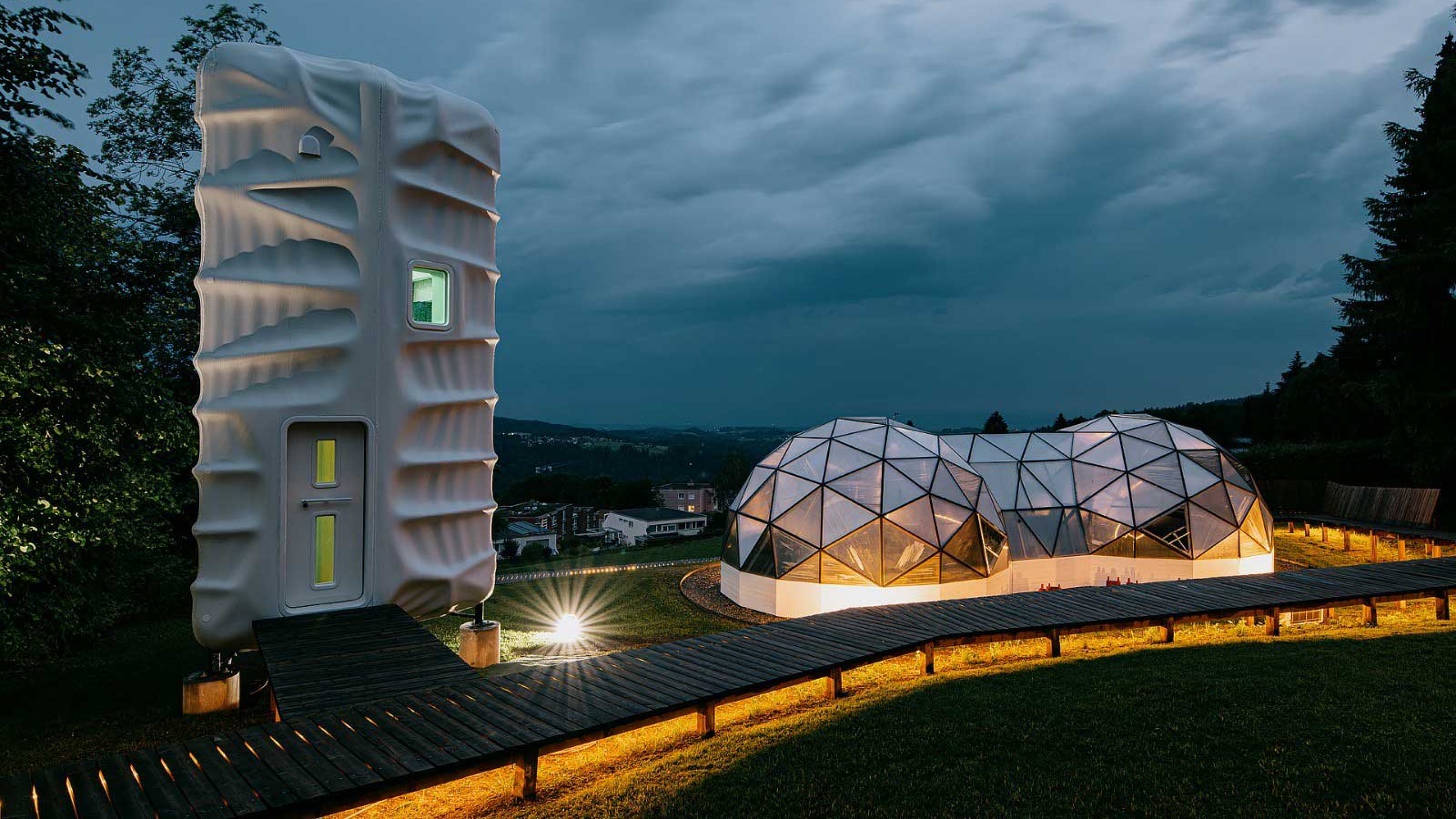 Perched in a Swiss experimental park is a space habitat inspired by SpaceX’s Starship.

School-aged students at Institut auf dem Rosenberg, between ages 6 and 18, worked for years on a prototype for future astronauts that would fit inside the shell of SpaceX‘s powerful Starship rocket.

In the coming years, students will complete “immersive learning modules” inside of the habitat. They will work inside what is said to be the world’s tallest 3D-printed polymer structure at a height of 23 feet (7 meters), the institute said in a statement (opens in new tab) timed to coincide with the 53rd anniversary of the first human moon landing.

“Our aim is to provide future leaders with early exposure to the question of advanced space exploration, allowing our students to approach and solve … complex questions from a collaborative and holistic point of view,” Bernhard Gademann, director general of Rosenberg, said in the statement.

The Rosenberg Space Habitat took two years to create from “initial creative concepts and paper models,” the institute said. Industrial partners assisted, with the 3D-printed outer shell created in Milan and the interior structure made in Copenhagen.

Using polymer in 3D printing was a deliberate choice, but somewhat unique, as “it provides more versatility than concrete that is used in most 3D printed structures.” In anticipation of high ultraviolet (UV) radiation on the surface of the moon (opens in new tab) or Mars (opens in new tab), the material does have a UV stabilizer to make it  more durable. However, the habitat can also be broken down and the polymer reused to make a new structure if required.

Add-ons for student missions include a robot, called Spot, and multi-functional furniture allowing residents to make the most of cramped quarters.

Planned investigations, Rosenberg stated, will examine hardware, software, remote mission control systems and “sensory stimulation” including light, sound and smell. Students will also participate in projects meant to simulate “systems thinking” (how a a complex system interrelates between its parts) and to work in artificial intelligence.

Rosenberg added that they hoped the in-house investigations in their habitat would benefit future lunar explorers, as it will show students “not to fear new technology, but to embrace it and design it to its next generation.”

« Marvel’s Phase 5 will kick off with Ant-Man & The Wasp: Quantumania and end with Thunderbolts » This free PDF editor just became a pro tool