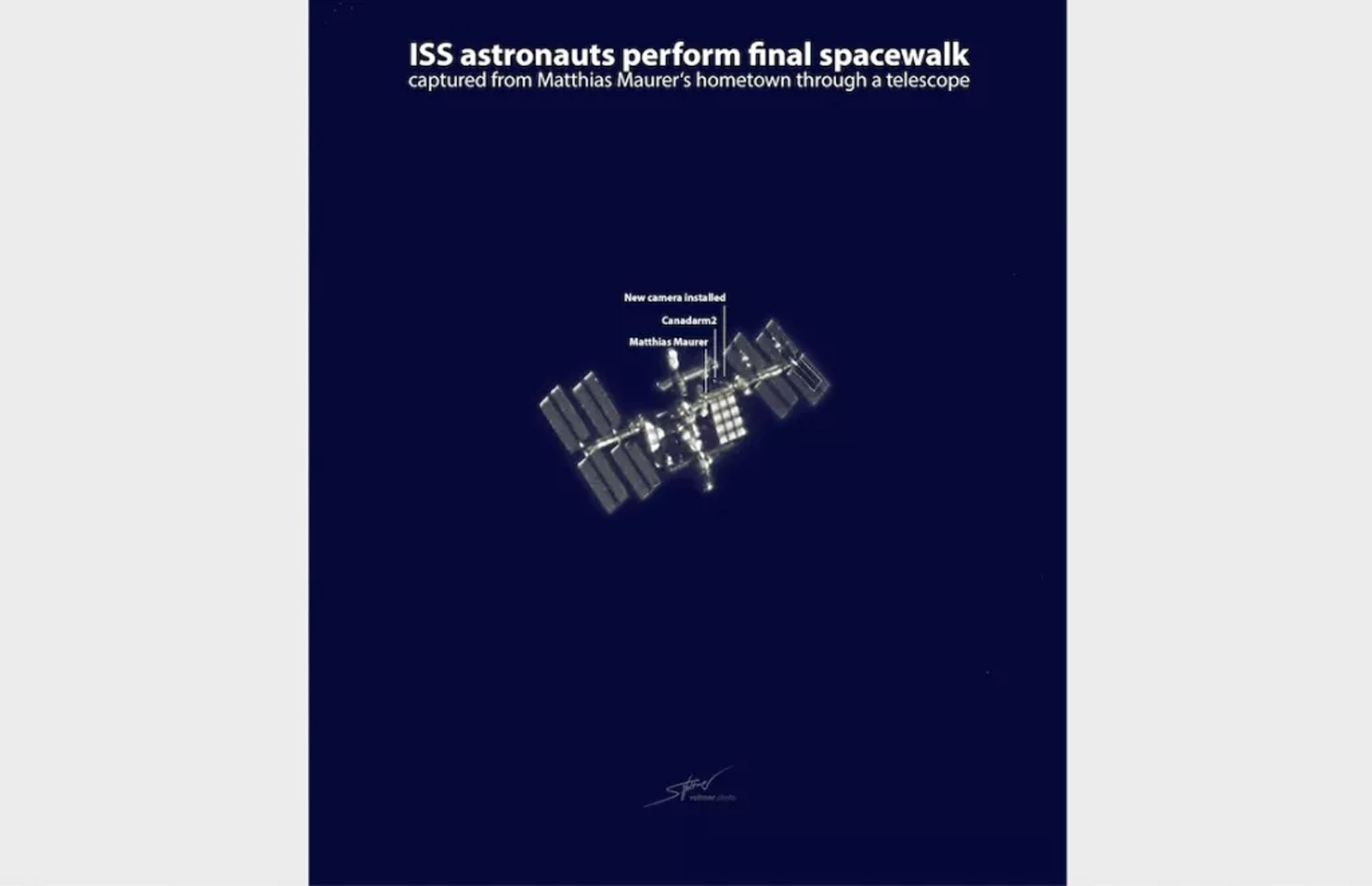 Here’s a spacewalk as you’ve probably never seen one before.

Amazingly, astrophotographer Sebastian Voltmer managed to capture a snapshot of the spacewalk action from the ground — and from Maurer’s hometown of Sankt Wendel, Germany, no less.

In photos: The most memorable spacewalks of all time

Yesterday I witnessed the #spacewalk shortly after sunset. Here comes a first photo. #ESA #astronaut Matthias Maurer was just “climbing” at this moment.The rod-shaped structure (Canadarm2) is the robot arm.Greetings from Matthias Maurers hometown – it was very exciting. #iss pic.twitter.com/39Q7YlG64uMarch 24, 2022

“Yesterday I witnessed the #spacewalk shortly after sunset. Here comes a first photo. #ESA #astronaut Matthias Maurer was just ‘climbing’ at this moment. The rod-shaped structure (Canadarm2) is the robot arm. Greetings from Matthias Maurer’s hometown — it was very exciting. #iss,” Voltmer tweeted on Thursday (March 24).

Maurer is actually visible in the International Space Station image, as Voltmer notes in the annotated image he posted on Twitter along with the above description. And so is Chari, Voltmer added in a Sunday tweet, which he published after taking a bit more time to analyze the photo with the help of photographer Phillip Smith.

Update: 2 Spacewalkers Imaged From The GroundDuring the #spacewalk of the two astronauts @Astro_Raja and @astro_matthias the International Space Station appeared shortly after sunset in the bright evening sky over Germany. This image of the #ISS was taken on March 23, 2022. pic.twitter.com/xkKJtSoZFcMarch 28, 2022

“I feel like I just made a once-in-a-lifetime image,” Voltmer wrote at SpaceWeather.com, which featured the photo in its online gallery. “It’s probably the first ground-based picture showing two spacewalkers on the ISS at the same time.”

Voltmer used a Celestron 11-inch EdgeHD telescope on a GM2000 HPS mount and an ASI290 planetary camera to get the shot, he told Space.com via email. You can find more of his work at his Instagram page and learn more about him here.