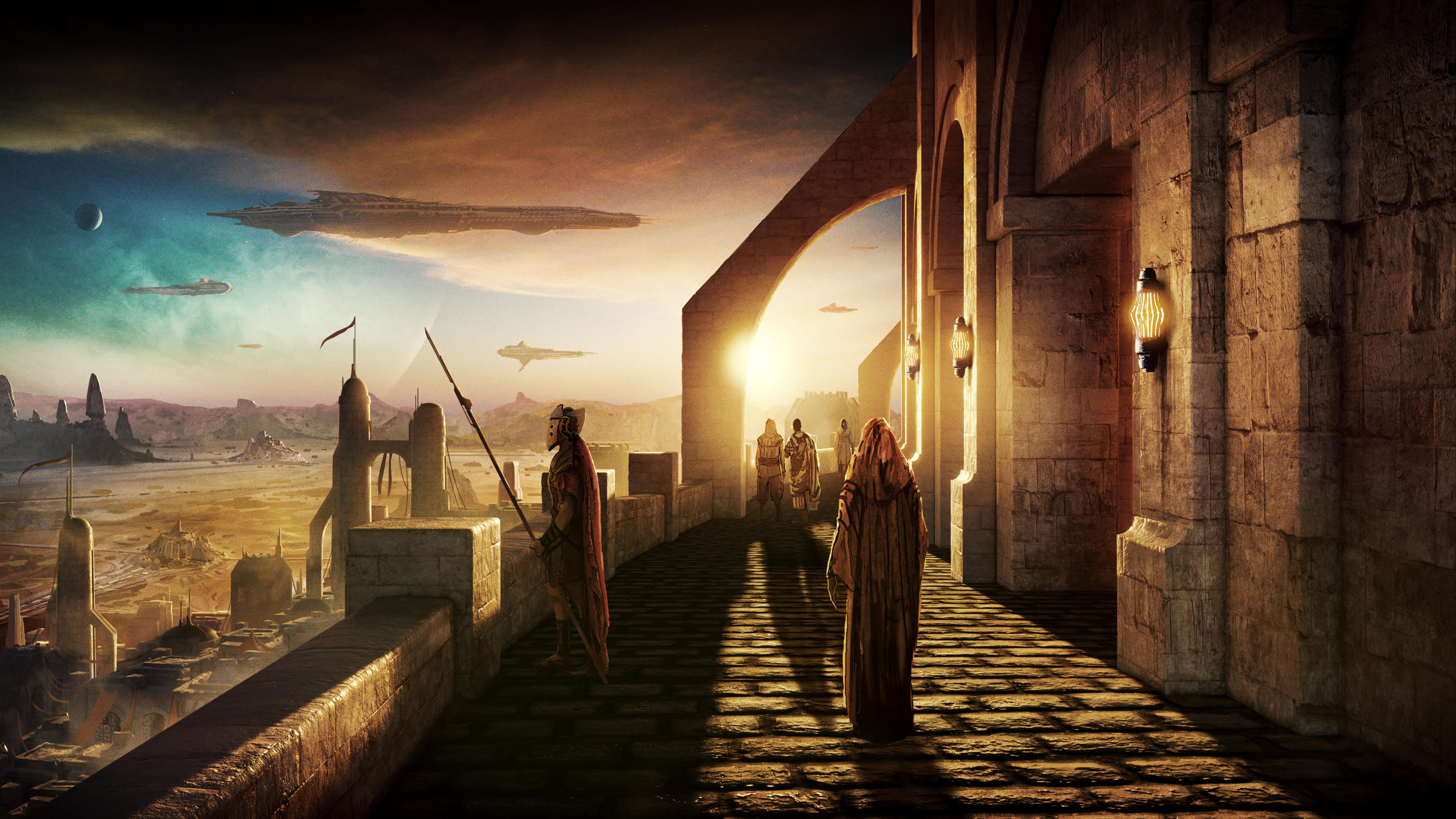 The universe abhors a vacuum and so it is in Hollywood, where the current absence of mega-budget space operas like “The Expanse” and “Dune” has given rise to “Rebel Moon,” a fantastic new sci-fi project from director Zack Snyder (“Watchmen,” “Man of Steel,” “Justice League”), and we’ve got a first peek at some breathtaking concept art shared via Twitter.

As revealed on Variety on Feb. 9, “Rebel Moon” is sci-fi saga being created for Netflix that has a definite “Seven Samurai,” Akira Kurosawa vibe to it and actually began life as a grand pitch for a “Star Wars“-based feature nearly a decade ago prior to Disney swallowing up Lucasfilm in 2012.

Snyder co-wrote the screenplay in collaboration with Shay Hatten and Kurt Johnstad. The familiar-sounding plot centers around a mysterious young girl who must embark on a recruitment mission across the galaxy to locate mercenary soldiers that will aid a peaceful outpost against the military advances of the tyrannical Regent Balisarius.

Following the acquisition of Lucasfilm by Disney, the script began a major transformation into a property devoid of “Star Wars” universe ties and into something more original that had the potential to evolve into a long-legged franchise of prequels, animated spinoffs, and sequels.

Snyder and his spouse Deborah Snyder will produce “Rebel Moon” with Wesley Coller via their production company, The Stone Quarry. Eric Newman and Sarah Bowen’s Grand Electric creative shingle will also be attached as executive producer.

“Rebel Moon” starts shooting this year and Netflix has no official release date set. If you can’t wait for the new film, check out our guide to the best space movies of all time. You can also be on the look out for these upcoming sci-fi movies coming soon to a theater or streaming service near you.